Remember to Close and Contain. Why closing the doors behind you in the event of a fire can save lives. 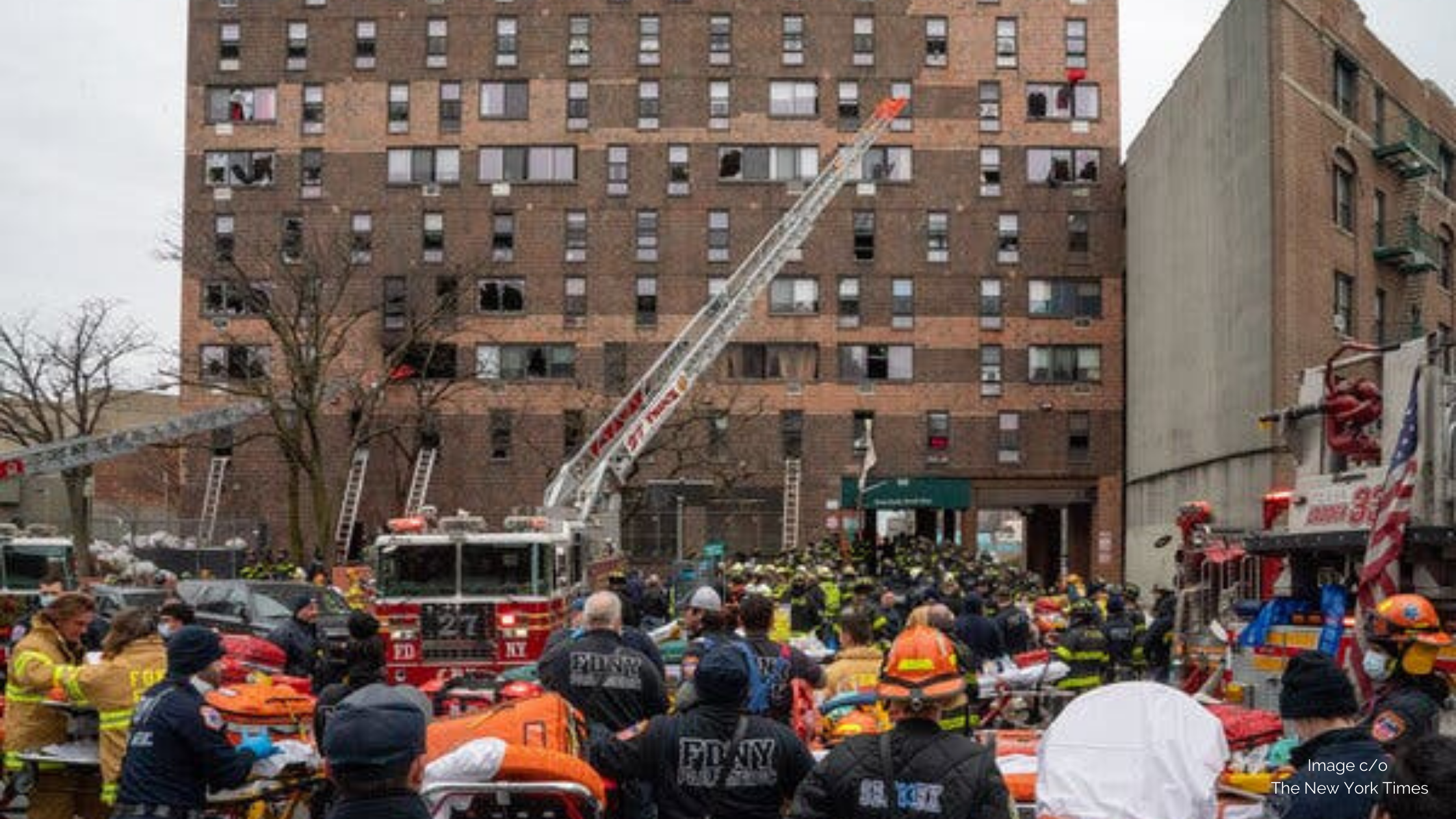 On January 9th a fire broke out in a Bronx apartment building that tragically took the lives of 19 people. When speaking about the cause of the fire, fire department officials said that open doors cause smoke to flood the stairwells which may have prevented residents from escaping.

This echoed another tragic Bronx fire that occurred in 2017 leaving 13 people dead. Again, FDNY revealed that doors being left open was one of the reasons the fire was able to spread quickly.

When we heard about this devastating fire, we felt it was important to remind everyone of the importance of the Close and Contain message.

What Does Close and Contain Mean?

If a fire should break out while you are inside a structure, make sure that as you make your way out of the structure to safety, be sure to Close the door behind you which will Contain the fire.

A closed door not only limits the fire’s oxygen supply, which means it can slow down or even stop the spread of flames, reduce the temperature and reduce the emission of deadly Carbon Monoxide.

Back in 2017, Underwriters Laboratories, the Safety and Consulting Company, began a safety campaign that recommends everyone Close Before You Doze. They urge the public to close the door to your bedroom before you go to sleep each night. As stated above, this will reduce the spread of flames, reduce the temperature in the room and decrease the amount of Carbon Monoxide. Good Morning America did a story in 2017 that stands the test of time, which you can watch below.

In 2018 the NYC Council passed legislation requiring all apartment doors be a self-closing fire door by 2021. Unfortunately, as this most recent fire has shown, the doors do not always close properly. It is important to make sure the door closes behind you so even it is self-closing, be sure to yank it shut!

We would also like to note that the modern materials found in curtains, toys, or cushion filling often release toxic fumes as they burn. These fumes, which are released as the items burn, can cause the death of more people as they sleep than the flames of the fire itself.

Why should you Close and Contain?

Let’s make an effort to create a new habit so that in a fire-related emergency closing the door behind you and double checking to be sure it is closed becomes second nature! Awareness is key here so be sure to share the information with your friends and family. Let’s all do our best to remember to Close and Contain!

To find out more details of the deadly Bronx fire, check out this article in the NY Times: